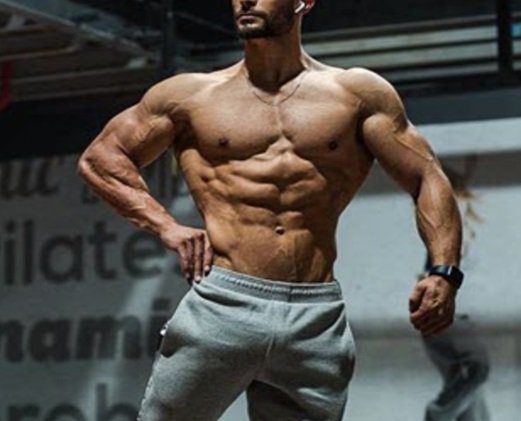 These functions may be affected by ibutamoren. It raises growth hormone levels, but not cortisol or other hormones. Cortisol can suppress the immune system, decrease wound healing, impair learning and memory. It’s generally not a good idea to have this hormone raised.

MK-677 has many benefits, including muscle building, muscle wasting reduction, increased bone density and anti-aging properties. It can also be helpful in the treatment of growth hormone deficiencies and may have nootropic properties. These benefits are more fully explained in the following article.

A study of 60-year-olds found that injections of Growth Hormones resulted in increased strength and endurance in the thighs. The results of MK-677 stimulating muscular growth will differ from person to person, depending on how they exercise and their health.

Recent studies have shown that MK-677 can reduce muscle wasting due to a decrease in protein in a person’s diet. One study showed that MK-677 can reverse protein catabolism in healthy young adults. MK-677 could be a treatment option for people suffering from catabolic conditions.

Ibutamoren was found to increase bone building in 187 older adults (65+) according to osteocalcin, which is a marker for bone turnover in multiple studies.

People who are eligible to receive MK-677’s ability increase bone density should research any potential side effects. Typically, it takes more than one year to see an increase in bone density.

Because Growth Hormone has been shown to improve sleep quality, Ibutamoren Mesylate is often thought to be able to aid in improving sleep quality as it stimulates growth hormone production.

Study results showed that ibutamoren had a positive effect on sleep quality and duration in older and younger subjects.

There have been numerous reports of subjective improvements in the quality of sleep, which are not supported by scientific studies.

May Increase Longevity and Combat Aging

A study of 65 older men and women found that daily ibutamoren had no adverse effects on GH or IGF-1 levels.

Another study of 24 obese men showed that ibutamoren improved the growth hormone profile.

May Have Nootropic Effects

MK-677 has many similarities to Ghrelin, and binds to its receptors. It is possible that MK 677 could have the same effect on the brain as Ghrelin.

There are not enough studies to prove that MK 677 has nootropic effects on brain. Scientists believe that MK 677 may be able to aid cognitive function through indirect means. One promising method is Ibutamoren’s ability increase REM sleep to improve sleep quality.

Ibutamoren can be used to increase the levels of growth hormone, IGF-1 and IGFBP-3 in children who have a growth hormone deficiency. These effects can be achieved without altering the concentrations prolactin (T3), glucose (T4), thyroxine, cortisol, insulin, or triiodothyronine.

Ibutamoren was found to increase growth hormone and IGF-1 in severely GH-deficient males. There were no significant changes in thyroid hormone, cortisol, PRL or cortisol levels. However, glucose and insulin were both increased.

MK 677 does not have many side effects that users should be concerned about. However, certain populations might experience side effects.

MK-677 may pose a risk to individuals who are diabetic or have insulin sensitivity. MK-677 could exacerbate symptoms. MK-677 should be used in the right dosage. The dosage was crucial in studies that examined how MK-677 increased muscle mass. MK-677 side effects are often due to two things: prolonged use and improper dosage.

Most side effects reported by MK-677 are due to unnaturally high levels growth hormone in the body. This can be caused by taking too much of it too often.

MK-677’s side effects are negligible if taken as directed.

MK-677 has been shown to have many health benefits for people with certain conditions. MK-677 can be very beneficial for those with low bone density, people who have difficulty sleeping at night, as well as individuals suffering from catabolic conditions.

MK 677’s ability to secrete Growth Hormone as well as IGF-1 effectively proves to be an effective tool for many populations. Numerous studies have shown MK 677 to be beneficial for the elderly, people with low bone density and those who have trouble sleeping. These populations can benefit from MK 677 as a tool to address issues caused by a deficiency of Growth Hormone or IGF-1.